Routing Around the I-40 Mississippi River Bridge Closure

The Interstate 40 Hernando DeSoto Bridge over the Mississippi River was closed indefinitely in both directions on Tuesday, May 11, after a crack was discovered in the bridge, which connects West Memphis, Ark., and Memphis, Tenn.

If you are using PC*MILER Web or our Web APIs, or if you are using live traffic in CoPilot or PC*MILER, you will be routed around the closure.  In many cases, the new route will take the Interstate 55 bridge, about three miles south.

However, the detour is bringing heavy traffic to the I-55 bridge, and you might want to consider alternate routes that avoid both bridges. These routes can be generated automatically in your Trimble MAPS applications by using the Closures feature in ContentTools.

Closing Only the I-40 Bridge

To be sure your Trimble MAPS applications generate routes around the bridge, we recommend creating a Closure in ContentTools. Closures are temporary restrictions for specific road segments. They cause a road segment to be avoided when generating a route.

To create the closure:

The Closure will be available:

Note: If you do not have a traffic license for CoPilot, you must close the I-40 bridge in ContentTools to be sure routes avoid it.

If you would like to close both bridges and generate alternate routes, follow the same steps as above for closing the I-40 bridge. This time:

Below are some of the possible alternate routes that avoid both bridges.

Louisville, KY (and north / east) and 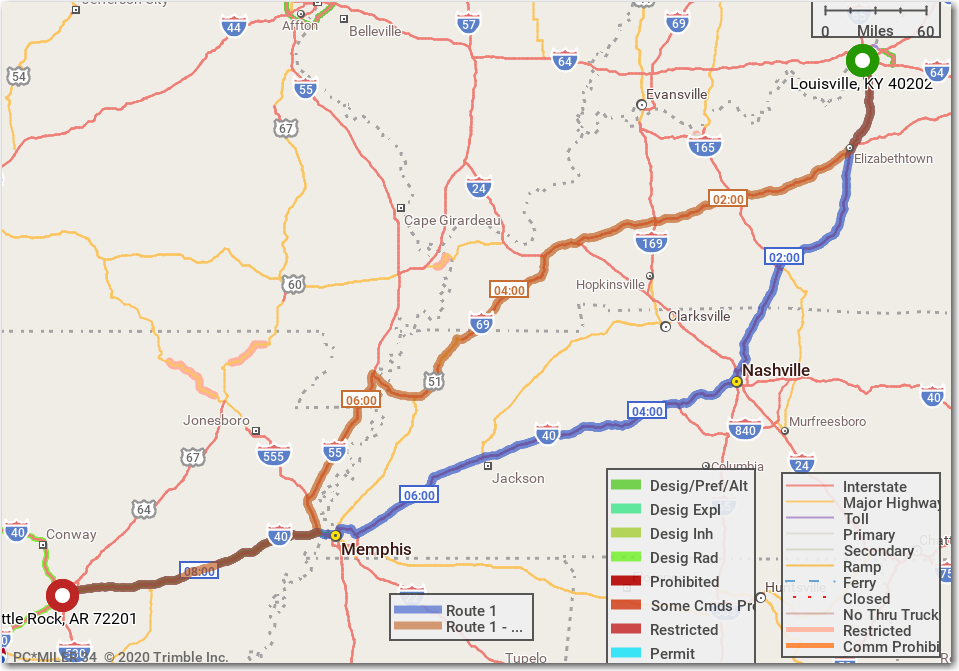 Jackson, MS (and south) and 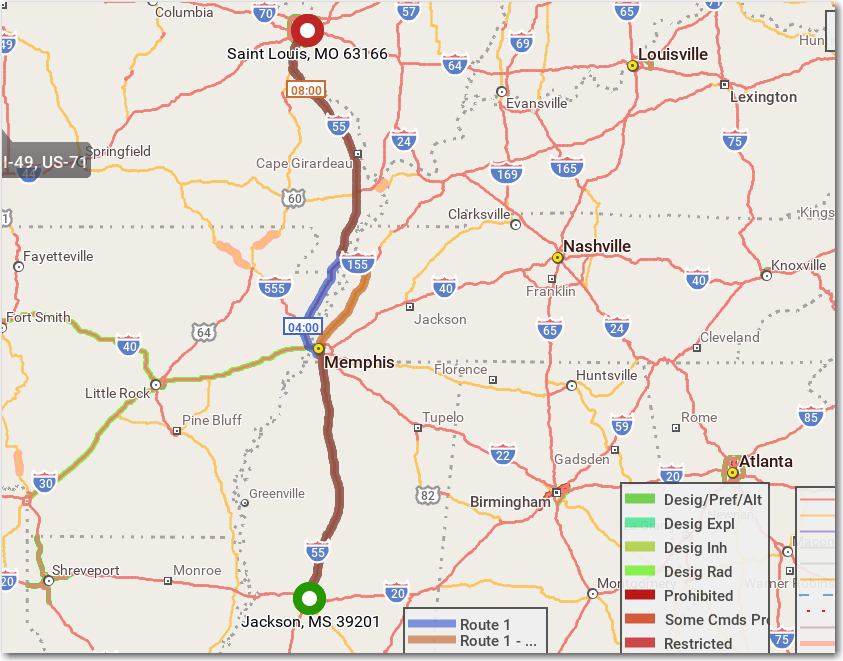 Chattanooga, TN (and east) and 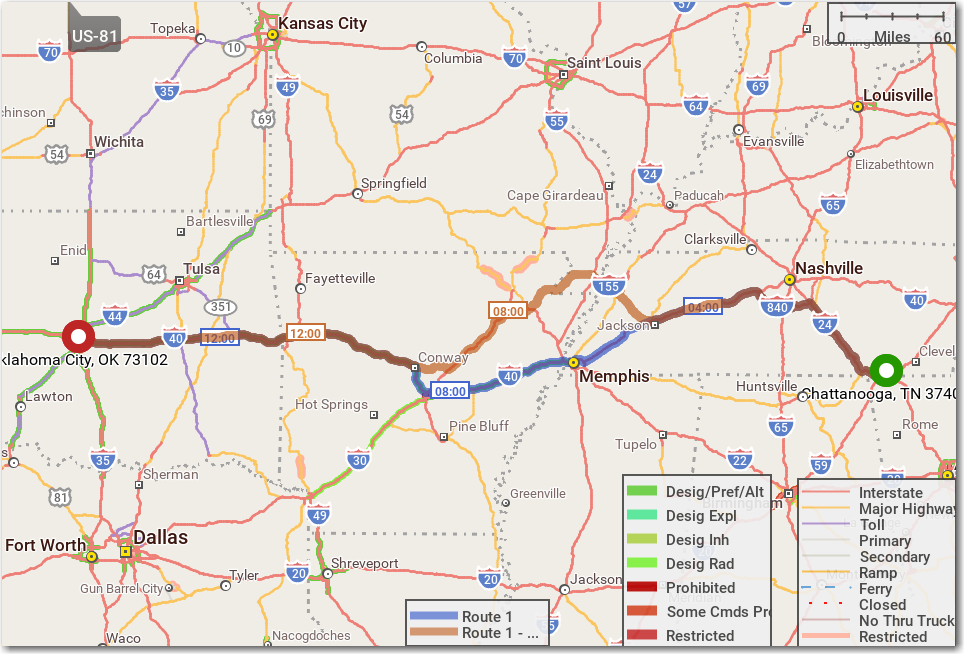