In cases where the road name is different on either side of the border, the road name used is the one that lies within the state first in alphabetical order.

To quickly locate possible border crossings between two states, use the [*] wildcard character. 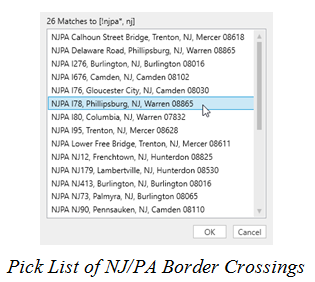