Your Route Modifiers will affect routing only when Routing Preferences > Custom Roads > Use Route Modifiers is selected in the Route Options dialog or current route profile. This option is turned off by default.

Viewing Route Modifiers on the Map

NOTE: Route Modifiers can only be viewed in PC*MILER. Changes must be made in Content Tools. 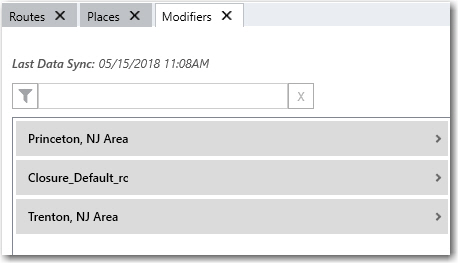 The Route Modifiers Panel in PC*MILER

Open a Route Modifiers Set by clicking the arrow next to its name to display all of the avoids and favors in that set. Or, you can use the filter

to search for a specific Route Modifier by name, street or city.

Double click on an individual Route Modifier to display it on the map. Avoids and closures will be shown in red; favors in green. 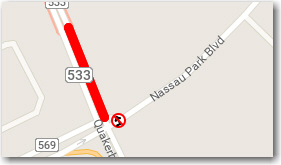