What is a Railroad Route?

A railroad route is identified by an origin, an optional sequence of intermediate points, a destination, and the railroads that connect them. There are two types of routes: single-line and inter-line.

Between any two rail points in North America, there are a large number of possible routes (traffic between Atlanta and Dallas could go via New Orleans, Memphis, or conceivably even via Chicago). Realistically, there are a limited number of feasible or practical routings based on which railroads serve the points, their operations, and the junctions at which they interchange cars.

In the U.S. and Canada, there are about 7,500 route-miles where railroads operate primarily in one direction over a rail line, with traffic in the opposite direction moving over an alternate route. These directional routes are reflected in PC*MILER Rail’s routing and mapping. 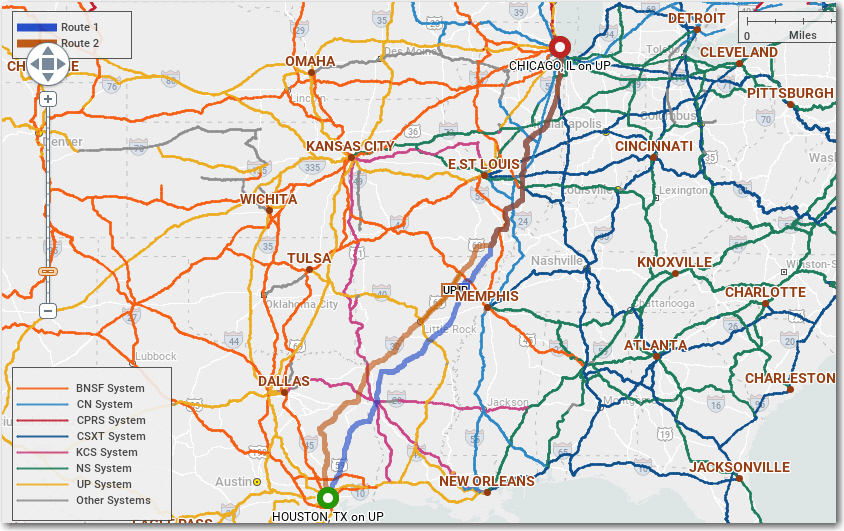 This map shows how southbound UP traffic from Chicago to Houston moves via Shreveport, LA, whereas the northbound traffic moves via Little Rock, AR.