Avoid or Favor Interchange Junctions in the AutoRouter

PC*MILER Rail allows you to designate junction interchanges to be avoided or favored on a route. These custom interline routing preferences are specified for the AutoRouter, and apply to both directions.

Preferences are stored in an OVERRIDE.JCT text file that may be viewed and edited, allowing you to manually add a long list of junctions to be avoided or favored if desired.

In the Avoid/Favor Junctions dialog, you enter railroad and location data to generate a pick list of all available junction interchanges. You can then select a junction to avoid or favor from the pick list. The three possible railroad/location combinations that can be entered are: 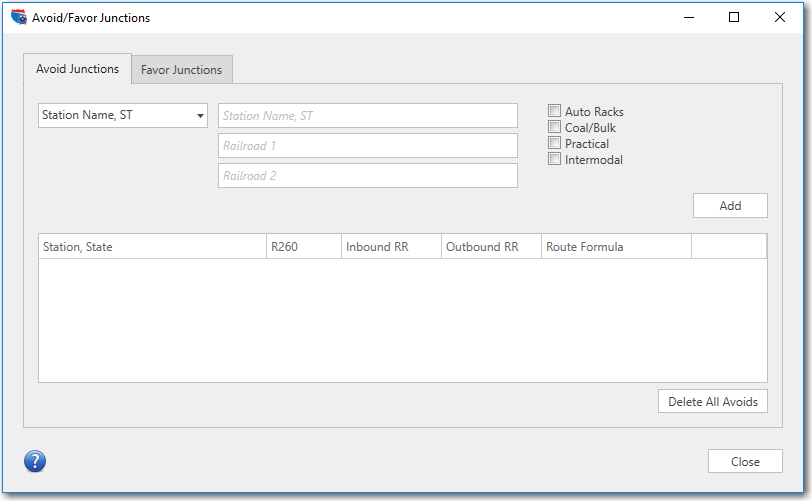 5. A Junction Helper pick list of all stations that have an interchange between BNSF and CSXT will open, with Birmingham, AL highlighted at the top. Click OK to add the BNSF-CSXT junction at Birmingham as a junction to be avoided.

NOTE: If you attempt to add a duplicate of an existing junction preference (either of the same type, or adding an avoid as a favor or vice versa), an error message will be generated. 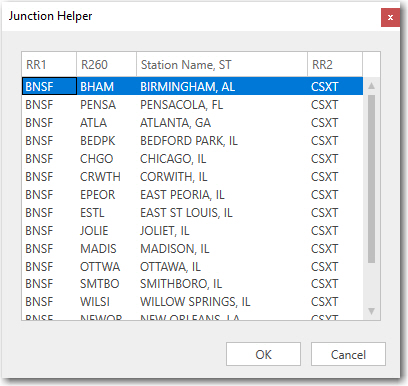 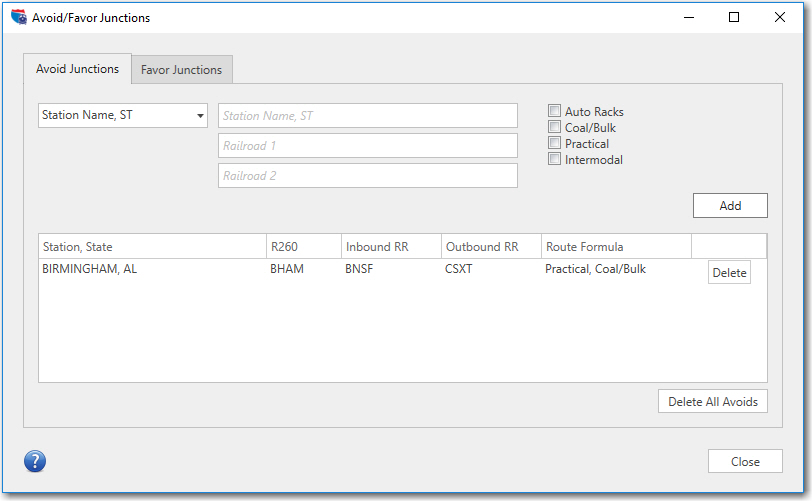 Birmingham, AL, designated as a junction to be avoided

A generated route from Little Rock, AR to Jacksonville, FL is shown below. This route uses BNSF as the origin railroad and CSXT as the destination railroad, and illustrates the effect of a junction preference.

Before: AutoRouter offers Birmingham, AL as an interchange 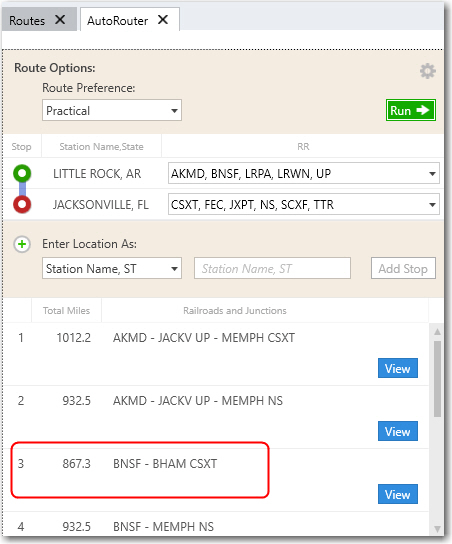 After: The Birmingham interchange is no longer an option 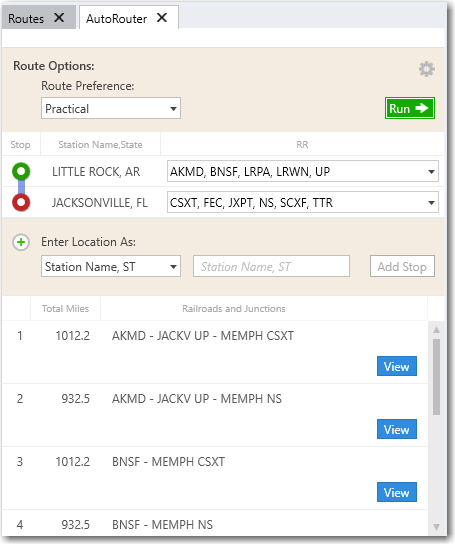 To delete a preference in either the Avoid Junctions or Favor Junctions tab, click the Delete button on the same line as the preference, in the last column on the right. To delete all preferences on the list, click Delete All. 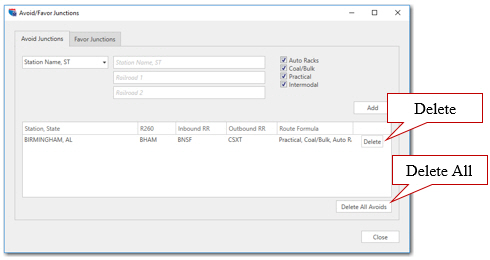 Here is an example of saved junction preferences as they appear in the OVERRIDE.JCT text file, usually found in C:\ALK Technologies\PCRWINXX\Data\Rail\Base\Railnet.

The columns from left to right are:

-  Type of preference (A=Avoid, F=Favor), 1 character followed by a semicolon

As mentioned, an unlimited number of preferences may be added manually to this file, in the format shown above.