BatchPro works as follows: the name of your input file of car records is passed as a parameter to BatchPro. Guided by the description of the input file format that is entered in the BatchPro window, PC*MILER Rail first determines the validity of the sighting railroad/sighting location combinations contained in the file. PC*MILER Rail then attempts to generate a mileage for each valid pair of consecutive records or each single record containing a valid O/D pair.

An output file is created in which the mileage figure is placed at the end of each record from the input file. The output file is named xxxxxxxx.OUT, where “xxxxxxxx” is the name of the input file, and is placed in a folder that you specify or in the folder where the input file resides. If mileage is not generated for an O/D pair due to processing errors, data errors, or other factors, an error message will be generated in the .OUT file. 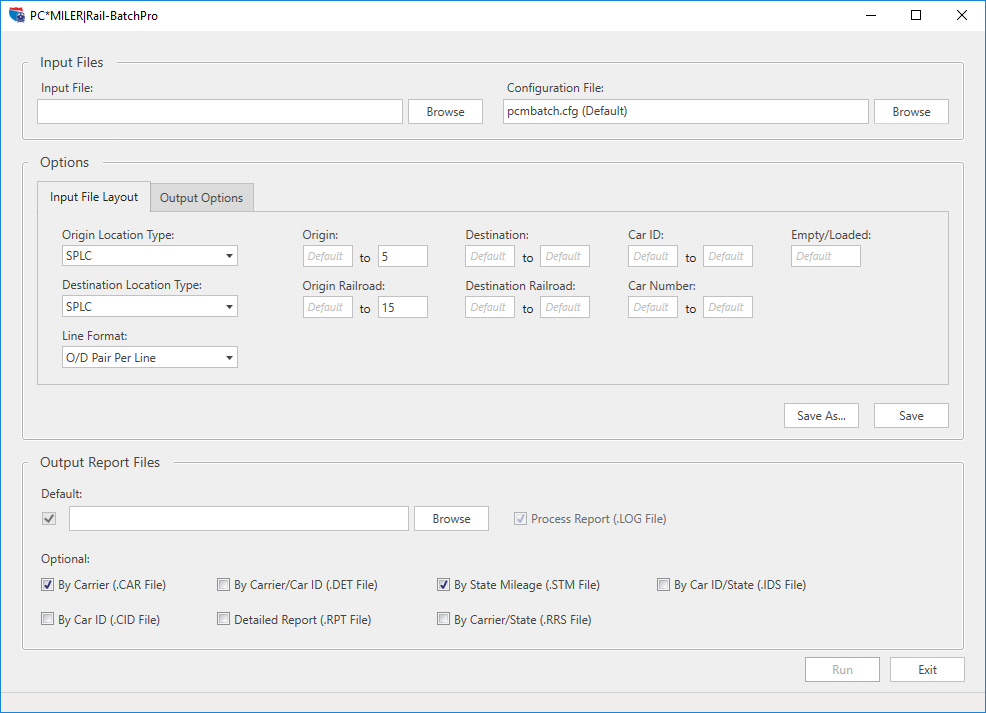