The PC*MILER routing algorithm is improved with every version release. Some highlights for version 36 include:

Our road map data in North America is also enhanced with every version release. Some highlights for version 36 include:

The clocks for driver duty hours and driving hours are now automatically updated after you run a route and Insert HOS Driver Breaks in the HOS Manager. This can help you see the impact on a driver's hours of service when you add or move stops while planning a route.

PC*MILER for the AS/400 Updates

A new setting allows to you select whether the abbreviation "NX" should be returned for Nuevo Leon in Mexico. By default, Nuevo Leon is returned as "NL," but legacy versions of PC*MILER have used "NX." To switch to using "NX," select Options > NL Abbreviation and check Nuevo Leon.

The handling of invalid addresses in the AS/400 has been improved to better notify users of errors and prompt them to re-enter correct data.

PC*MILER 36 has been tested and certified for machines running Windows 11.

North America is now the default region in the BatchPro user interface, although you can still select any other regions for which you are licensed. 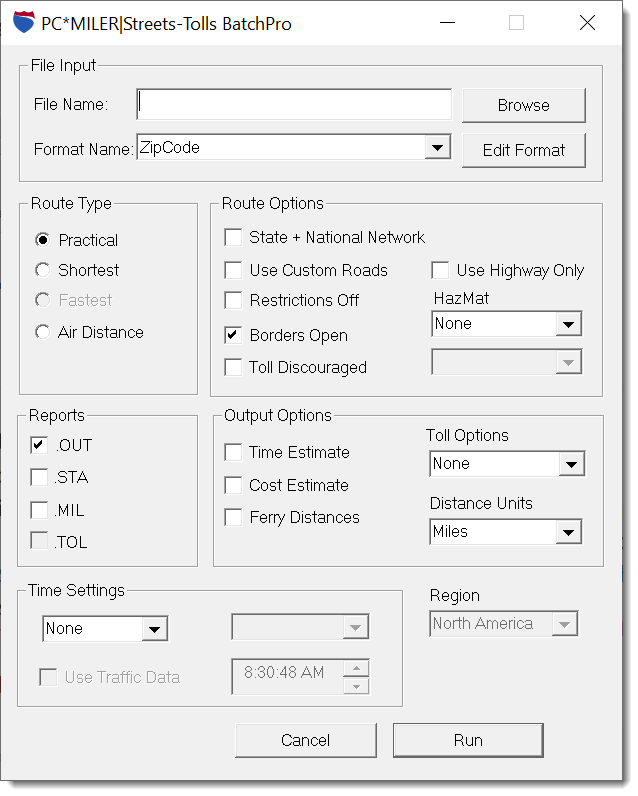